As sad as it is to see the summer slip away, the start of the fall season is always a beautiful thing to behold. It’s not the shorter days, the lower temperatures, or the pumpkin spice-everything that really makes autumn a season to remember; it’s the brilliant change of leaves, when the verdant green of spring and summer gives way to a fiery kaleidoscope of yellows, oranges and reds for a brief but memorable few months every year.

There’s no better place to witness this dramatic shift in our yearly calendar than in one of the most scenic cities on the planet: London, England. Here are a few places, from parks to picturesque pubs, to soak in the brilliant fall foliage when you’re in London this autumn. 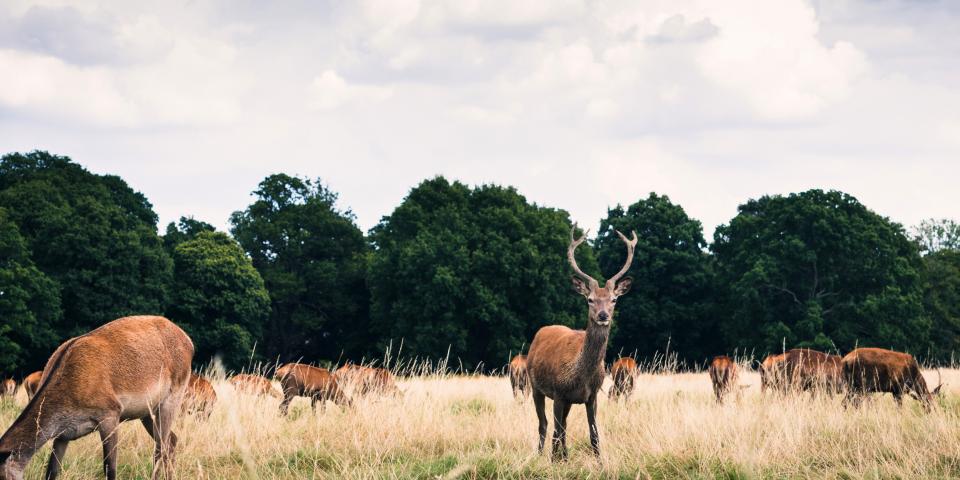 Arguably London’s most popular park, Richmond Park gets all the love for being the largest park in the capital. Covering a whopping 2,500 acres, there’s no shortage of space here and that’s a good thing because it’s also home to around 650 free-roaming deer. The park was originally created by Charles I in the 17th century as a deer park, and today it remains one of the most important and respected nature conservancy centres in the country. Naturally, there’s plenty of trees and grasslands for the deer to frolic, making this a perfect place to surround yourself with autumnal landscape. 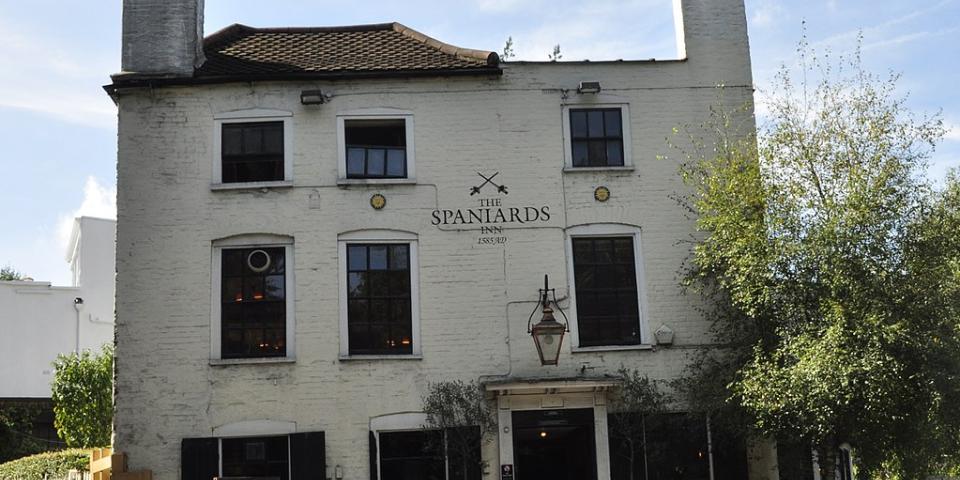 Nothing goes better with a crisp autumn day than an old-fashioned British pub. This Old World pub sits at the edge of the famous Hampstead Heath, immortalized in popular culture by many including the likes of the poet John Keats, and offers some of the most breathtaking views of this celebrated park. The pub in particular dates back to 1585, and is a celebrity in its own right; you’ll find mentions of the Spaniards Inn in Charles Dickens’ The Pickwick Papers and Bram Stoker’s Dracula, and legend has it that Keats actually wrote his classic Ode to a Nightingale in the beer gardens here. 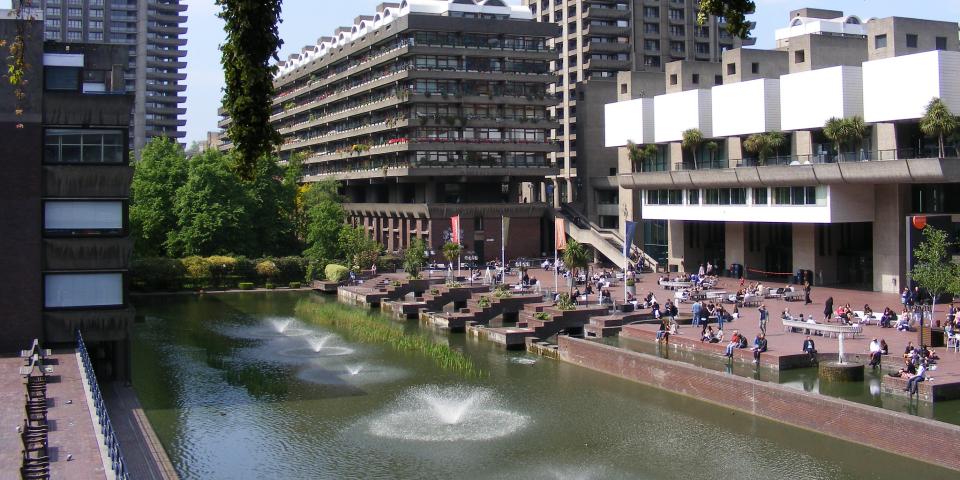 Part private residence, part world-famous performing arts centre, there’s simply nothing like the Barbican anywhere else in the world. Built in the Brutalist style in the 1980s, this feat of design is at the heart of London, literally, and figuratively, as an epicentre of classic and contemporary arts. What’s most interesting about the Barbican is that along with several theatres, galleries, cinemas and halls (one of which is home to the London Symphony Orchestra), it’s also home to about 4,000 residents, living in some 2,000 apartment units designed as part of the complex. It’s beautiful and fascinating to visit any time of the year, but it’s during the fall when the stark Brutalist architecture really comes into its own. 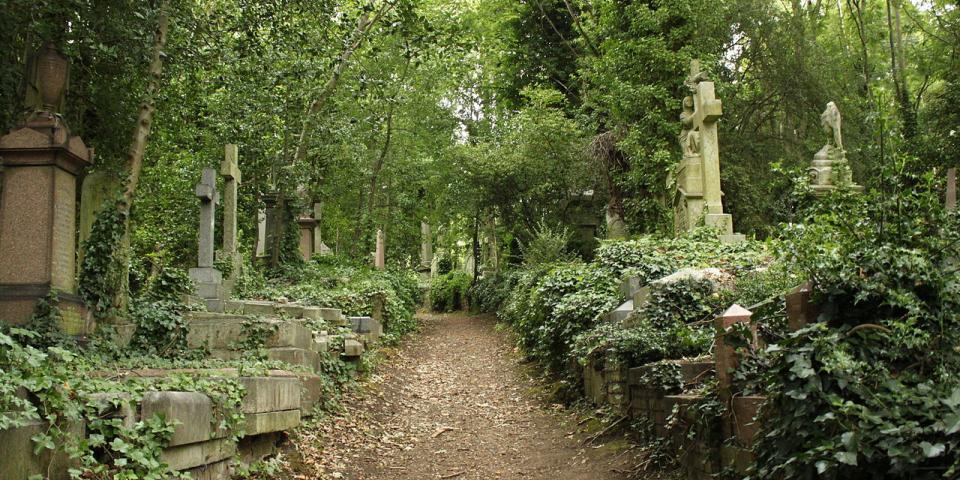 It might seem strange, but London’s cemeteries are some of the prettiest places to escape from the busy city. There are several Victorian-era graveyards, sometimes collectively referred to as the Magnificent Seven, around London, but it’s Highgate Cemetery that’s perhaps best known. It’s the final resting home of major historical figures such as Karl Marx and George Eliot, as well as more contemporary figures like Douglas Adams, author of The Hitchhiker’s Guide to the Galaxy, and the singer George Michael. A place of quiet self-reflection, the cemetery is home to some of the finest funerary architecture you’ll see, as well as a profusion of trees and other wildlife. 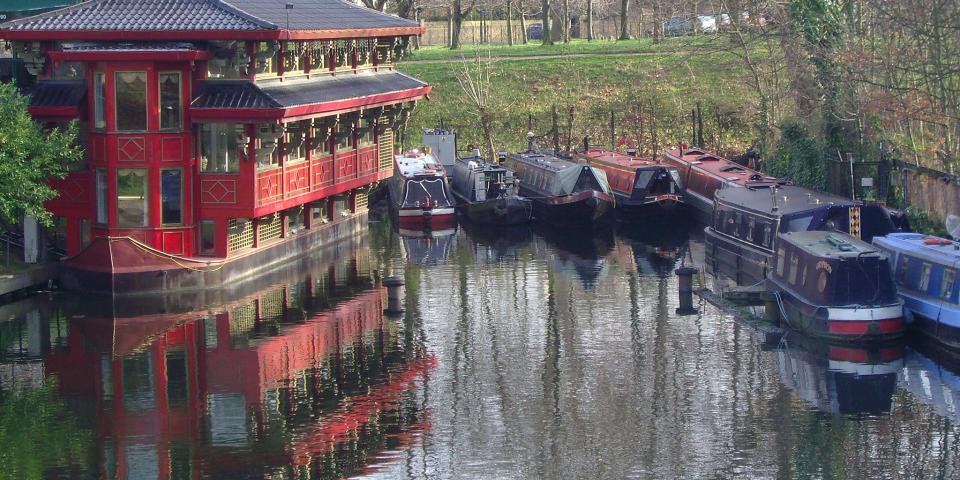 What would London be without its canals? This tranquil residential area is a welcome respite from busier nearby hubs like Paddington, positioned where the Grand Union and Regent’s Canal meet. Peaceful and atmospheric, this is a prime place to stroll along the walkways and marvel at adorably charming houseboats that line the waterways, a glimpse into the quirky lifestyle of canal-dwelling. Unlike its Italian namesake, Little Venice is in no danger of sinking, so don’t avoid this dazzling neighborhood during the fall, where you can wander for miles under a gorgeous autumnal canopy.
Worried about missing out on all the fun to be had in London in fall?

Check out some of the exciting study abroad programs offered by the Study Abroad Foundation, just a stone’s throw from some of these extraordinarily scenic spots

Spring is a jam-packed with unique cultural events across Europe: saintly celebrations, indulgent feasts, and birthdays fit for a king.

5 Best Places in Europe to Hunker down this Fall

5 Best Districts in Paris to Stay and Explore

Here are some of the best spots in Paris to stay and explore when you visit the City of Lights.