Vandy, or Vanderbilt, is one of the most distinguished research universities in the United States. With nearly 14,000 students, the university boasts several research centers and institutes on a 330-acre campus in the heart of Nashville, Tennessee. 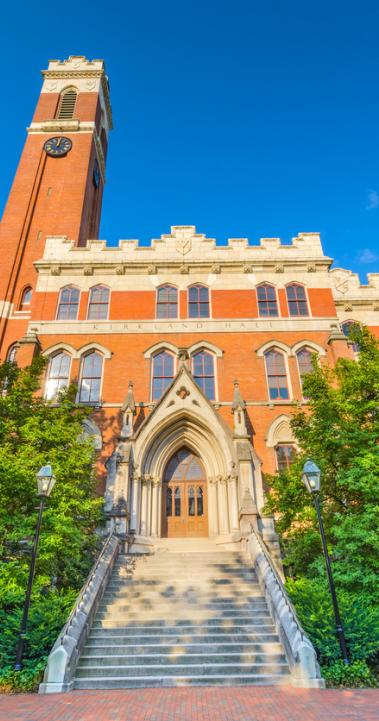 In Nashville, Tennessee – Music City – Vanderbilt University grew out of a vision of providing a ‘gateway to greatness,’ an environment that inspires and invigorates. In a city where dreams emerge and evolve, faculty challenge you to ask big questions about culture and society –...

Built with the vision of providing a "gateway to greatness," Vanderbilt has created an atmosphere to inspire and invigorate students. Faculty and staff encourage students to strive to meet their educational goals and address the big questions that affect culture and society. The majority of students focus on a joint combination of rigorous academics and community involvement.

The campus lies near downtown Nashville, known as "Music City," for its connection to world famous American singers. Due to Tennessee's geographical location, you'll be introduced to a mix of Eastern, Southern and Mid-Western American cultures. This eclectic mix will provide you with broad insight into American culture. And don't forget to take in the views of the Great Smoky Mountains, one of America's most beautiful natural attractions.

We know your destination and host university inside and out

We manage your housing, insurance, application - the entire adventure

In It For You

As a registered US not-for-profit, it's our mission that drives us

We've Seen It All

“U.S. students are welcome and kind. They really helped me a lot during my stay in the United States. Whenever I have questions about classes or exams, they always answer my questions patiently, and give me as many details as possible.”
Zhuofan Zhang, Past SAF Student

“In order to bond as a group we did some community-building art, which I think is a really great way to go about it because I think creative expression is the best way to get to know people.”

There really is no community like the Vanderbilt community. Leaning in and getting to know each other is part of the school's DNA. With initiatives like "speed friending" to bring students together, it's easy to make friends at Vanderbilt when you're studying abroad.

Not interested in this university? Explore more by browsing through our university pages.