The History and Happenings of Hanukkah 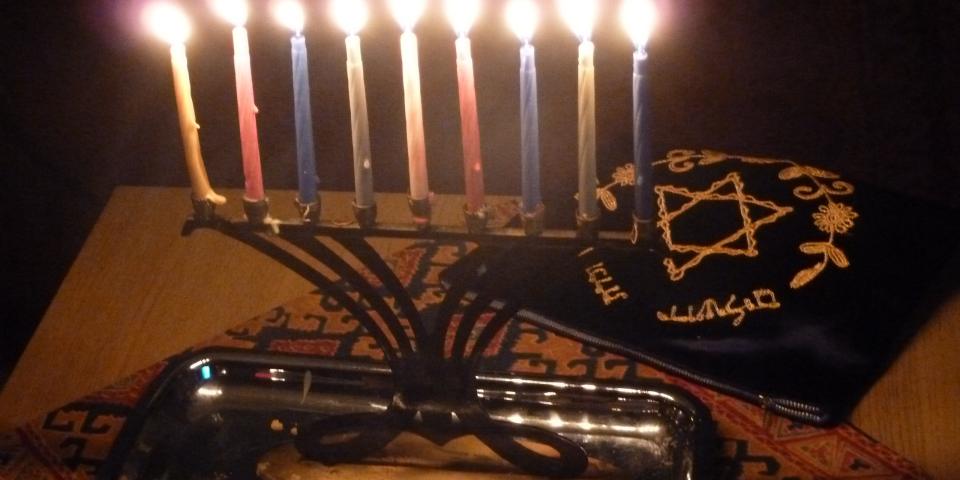 You may have heard of a special festival known as Hanukkah. It’s typically observed right around the Christmas season. But while Christmas is considered a Christian holiday, Hanukkah is a Jewish holiday that celebrates family, history and identity. Also known as the Jewish Festival of Lights, Hanukkah is celebrated for eight days and nights. It begins on the 25th day of the Jewish month of Kislev, which could be anywhere from late November to late December. Hanukkah is a very special time of year for Jewish people all around the world, filled with rich history, traditions and tasty food. 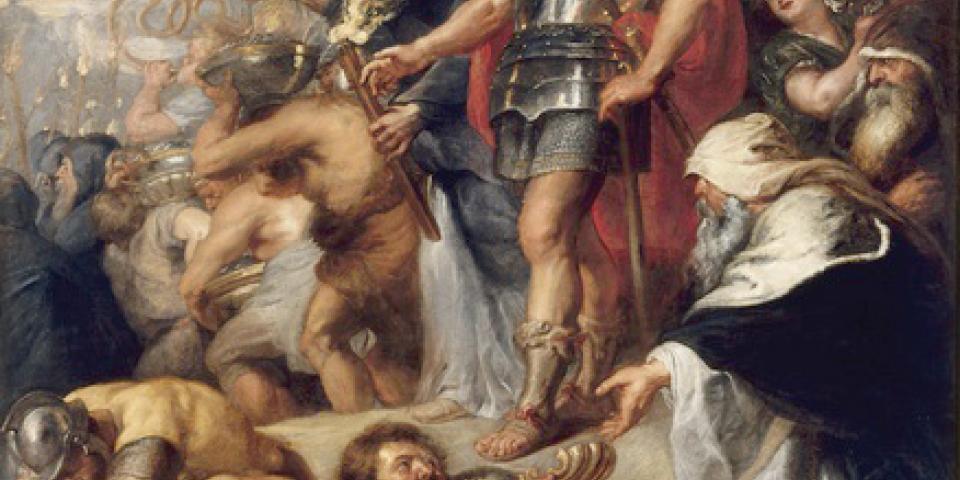 The story of Hanukkah dates back to the year 168 BCE. A religious figure named Judah Maccabee led a group of men to reclaim their Holy Temple in Jerusalem from the Syrians. Judah and his men miraculously beat the Syrians, even though they were vastly outnumbered. After defeating the Syrians, the temple was successfully reclaimed and rededicated. Thus, the festival of Hanukkah was born. The word “Hanukkah” comes from a Hebrew word meaning “to dedicate”, so all those that celebrate the holiday are reminded of Judah Maccabee, his men, and their rededication of the Holy Temple. 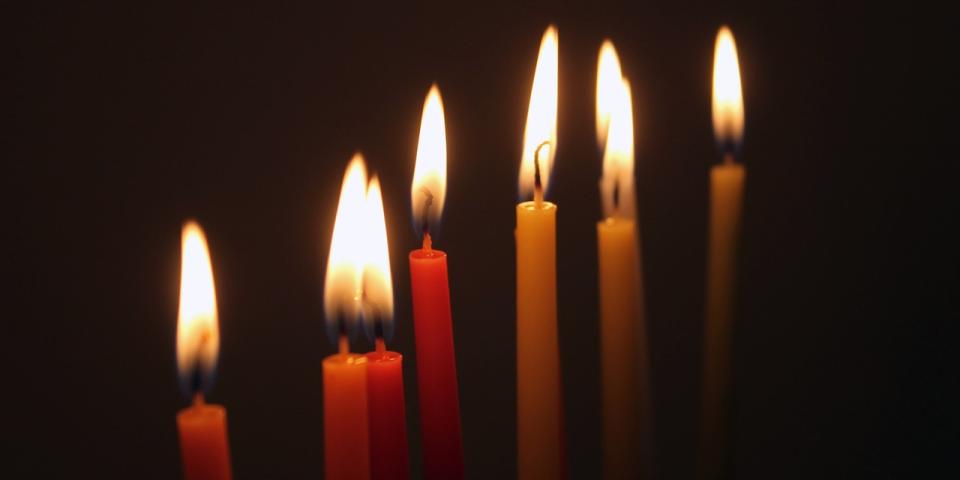 According to tradition, immediately upon entering the Holy Temple, Judah Maccabee lit a special lamp called a menorah. The problem was, he could only find enough oil to keep the lamp lit for one day. Yet somehow, the menorah miraculously remained lit for eight days. That’s why Hanukkah is celebrated for eight days and eight nights.
​
Jewish families today light their own menorahs to celebrate the miraculous story. Each menorah has eight branches – one for each day the legendary holy lamp was lit. On the first day of the festival, only one candle is lit. For each following day, an additional candle is lit, until the eighth day, when all eight candles are lit. During the lighting of the candles, blessings are recited or sung in Hebrew. 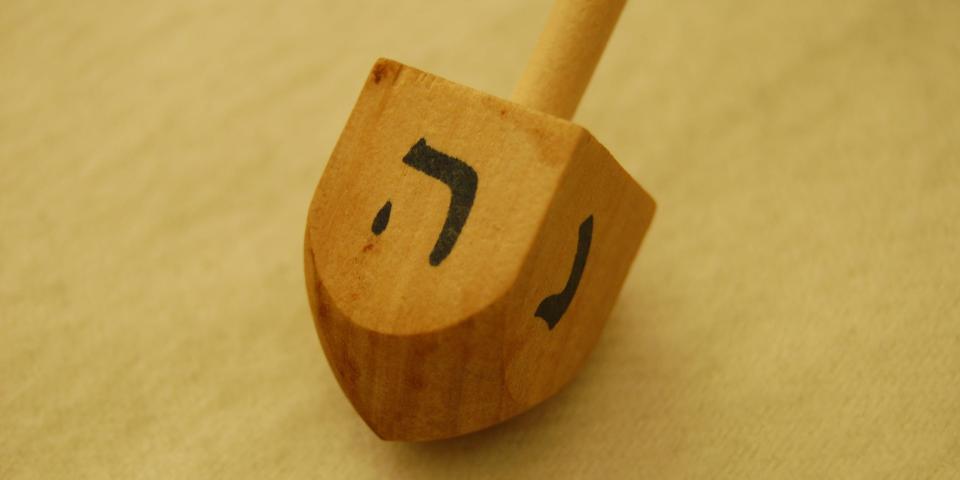 A dreidel is a spinning four-sided top that is used to play a game during the festival of Hanukkah. It features four Hebrew letters (one on each side) that spell out an acronym meaning “A Great Miracle Happened There”. To play the game, players begin by sitting in a circle and placing chocolate coins, buttons, or other small tokens in the middle. Then, each player takes a turn spinning the dreidel. Depending on which side the dreidel lands on, the player either loses coins or must put more in the middle. It’s all a game of chance, and it’s a lot of fun too! 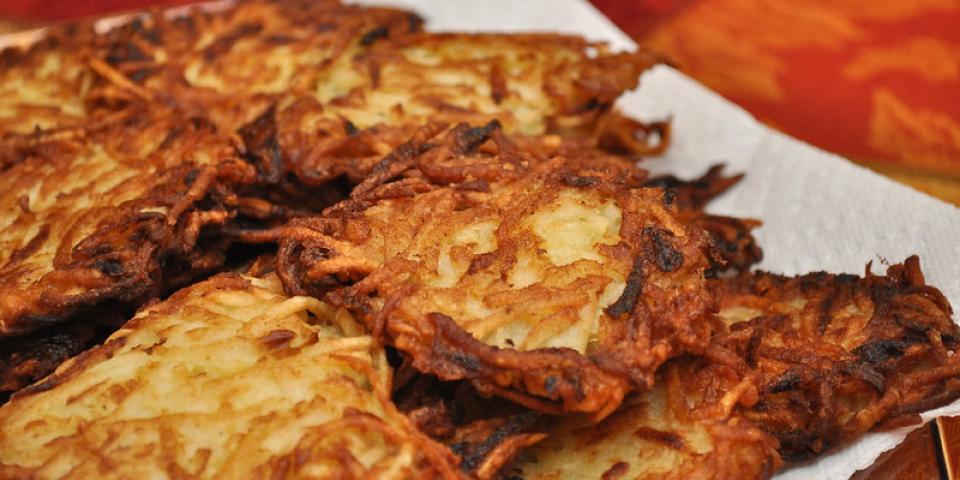 Just like many other festivals, Hanukkah is celebrated by preparing and eating tasty foods. Traditionally, food fried in oil is prepared and eaten throughout the festival. It’s a way to celebrate the oil which kept the legendary lamp lit for eight days in the Holy Temple. Favorite dishes include latkes (potato pancakes), sufganiyot (deep-fried jelly-filled donuts) and loukoumades (mini honey-drizzled donuts).

The Giving of Gifts
Some Jewish people celebrate Hanukkah by giving gifts to one another. As a matter of fact, the gift giving aspect of Hanukkah began more recently, in the 20th century. Those who participate show they appreciate one other by giving each other presents such as special dreidels, menorahs, other traditional Jewish items, and even modern gifts such as electronics and toys.